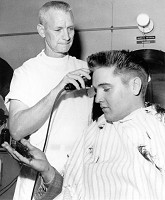 Elvis getting his military haircut

What is the history of Elvis Presley’s military career?

Elvis Aron Presley entered the United States Army at Memphis, Tennessee, on March 24, 1958, and then spent three days at the Fort Chaffee, Arkansas, Reception Station. He left active duty at Fort Dix, New Jersey, on March 5, 1960, and received his discharge from the Army Reserve on March 23, 1964.

During his active military career Mr. Presley served as a member of two different armor battalions. Between March 28 and September 17, 1958, he belonged to Company A, 2d Medium Tank Battalion, 37th Armor, stationed at Fort Hood, Texas. During this assignment he completed basic and advanced military training.

Mr. Presley’s overseas service took place in Germany from October 1, 1958, until March 2, 1960, as a member of the 1st Medium Tank Battalion, 32d Armor. For the first five days of that period he belonged to Company D of the battalion, and thereafter to the battalion’s Headquarters Company at Friedberg.

While in Germany Mr. Presley wore the shoulder sleeve insignia of the 3d Armored Division. 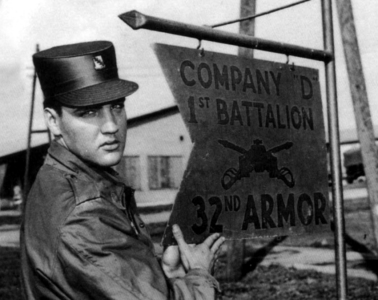 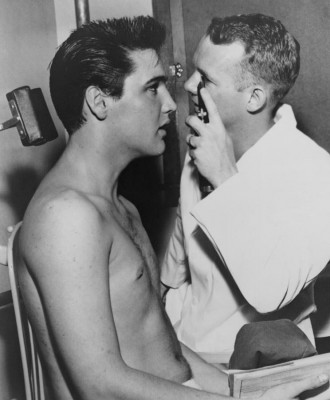 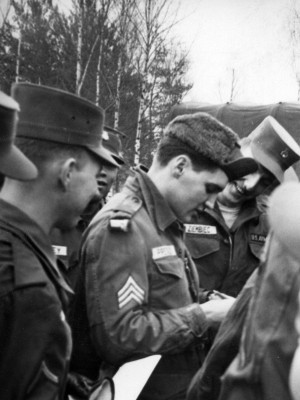