Aloha from Hawaii is a music concert that was headlined by Elvis Presley, and was broadcast live via satellite on January 14, 1973. It was the most watched broadcast by an individual entertainer in television history. The concert took place at the International Convention Center Arena in Honolulu (now known as the Neal S. Blaisdell Arena) and aired in over 40 countries across Asia and Europe (who received the telecast the next day, also in primetime). Despite the satellite innovation, the United States did not air the concert until April 4, 1973 (the concert took place the same day as Super Bowl VII). The show was the most expensive entertainment special at the time, costing $2.5 million. 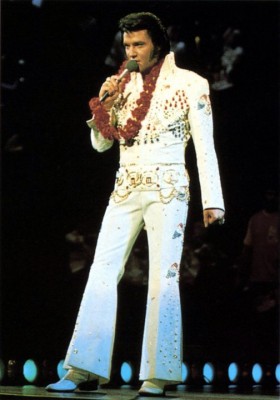 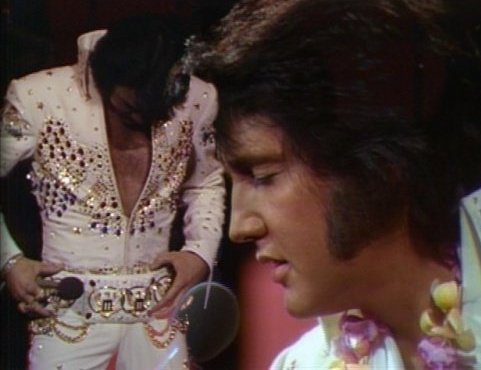 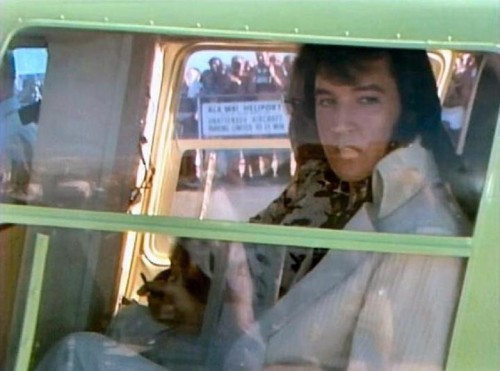 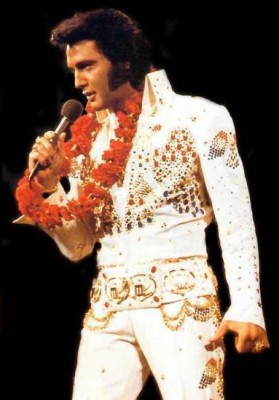 On July 8 1972, inspired by a recent visit made by U.S. President Richard Nixon to China a few months earlier, Presley’s manager, Colonel Tom Parker, announced that there would be a worldwide satellite broadcast from Hawaii to allow the whole world the chance to see a Presley concert “since it is impossible for us to play in every major city”. Parker initially stated that it would take place in either October or November 1972 but this date was changed to early 1973 after MGM showed concern about it clashing with the release of their documentary film Elvis On Tour. As the show had already been planned prior to this upset, the original shows, now set for November, would still go ahead but without being filmed.

Parker held another press conference on September 4 1972 in Las Vegas to confirm that the concert, now titled Aloha From Hawaii, would be broadcast on January 14 1973. The press were told that an audience of 1 billion was expected to tune in to see the “first entertainment special to be broadcast live around the world”,although Parker had not taken into account the fact that many countries, including parts of Europe and America, would not see the concert live due to the time of the broadcast. Two weeks after the Las Vegas press conference Parker received a letter from Honolulu Advertiser columnist Eddie Sherman. Sherman had read in news accounts that there was to be no charge for admittance to the concerts, instead a donation for charity was required. He suggested to Parker that, as Presley had recorded and was still performing the song I’ll Remember You written by Kui Lee, the donations could go to the Kui Lee Cancer Fund that had been set up following the death of the song writer in 1966.Seeing the chance to publicize Presley’s charitable nature once again, Parker eagerly agreed.

Producer-director Marty Pasetta  approached Parker with ideas about the broadcast, including a runway that led out from the stage so Presley could get closer to his audience. Parker insisted that the ideas were useless, and that Presley would agree that they were useless. Pasetta, however, decided to approach Presley about the ideas anyway and was pleasantly surprised to find that he would be happy to do whatever Pasetta felt was best for the show.

Presley performed three shows over November 17 and 18 in Honolulu, the dates originally planned for the satellite broadcast  and gave a press conference on November 20 to promote the satellite special. He also announced officially that it would now be in aide of the Kui Lee Cancer Fund.

Presley arrived in Hawaii again on January 9 1973 to begin rehearsals. He had lost twenty-five pounds for the show and was confident after news that his record sales were increasing and Elvis on Tour had been nominated for a Golden Globe. Rehearsals were held at the Hilton Hawaiian Village while the main set was being constructed. Although there were several technical problems, the rehearsals were an overall success.

Presley taped a January 12 rehearsal concert as a fail-safe in case anything went wrong with the satellite during the actual broadcast – however, nothing went wrong during the January 14 broadcast. For both shows, Presley was dressed in a white “American Eagle” jumpsuit designed by Bill Belew. The broadcast was directed by Marty Pasetta who was then in charge of directing the Oscar ceremonies.

Audience tickets for the January 14 concert and its January 12 pre-broadcast rehearsal show carried no price. Each audience member was asked to pay whatever he or she could afford. The performance and concert merchandise sales raised $75,000 for the Kui Lee Cancer Fund in Hawaii.

Presley performed a vast array of old and recent hits like “Steamroller Blues”, “See See Rider”, “Early Morning Rain”, “Burning Love”, “Blue Suede Shoes”, “A Big Hunk O Love”, “Suspicious Minds”, and “Can’t Help Falling In Love”. He showed his vocal range and strength with ballads like the Beatles “Something”, “I’m So Lonesome I could Cry”, “It’s Over”, “Welcome to my World”, “I’ll Remember You” and especially during “What Now My Love”. After the concert had finished and the audience had left, Presley recorded five songs on stage to be aired during the American airing of the show.