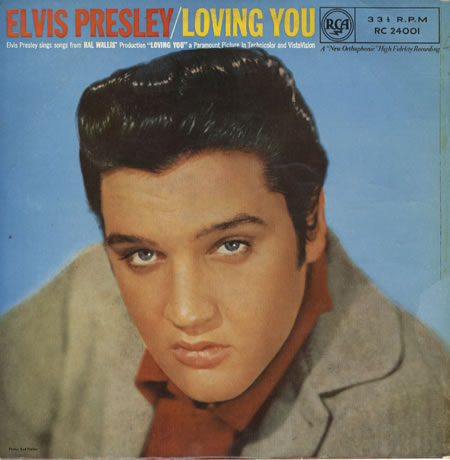 Elvis Presley - The Album - Loving You

The Movie Poster for Elvis Presley in - Loving You

Loving You is an American motion picture directed by Hal Kanter, released by Paramount Pictures on July 9, 1957. The film stars Elvis Presley, Lizabeth Scott (in her final major film role) and Wendell Cory. It is Presley’s second movie, his first in Technicolor and the first with his character as the primary focus.

NBC bought the rights to the film in later years (unlike most Elvis films released by Paramount that were acquired by Viacom years before becoming the former’s parent company, with Magnetic Video and CBS/Fox Video holding video rights before 1997), and the underlying rights to this film are now held by Universal Studios through its 2004 merger with NBC.

Elvis Presley plays Deke Rivers, a delivery man who is discovered by publicist Glenda Markle (Lizabeth Scott) and country-western musician Tex Warner (Wendell Corey). Deke is a handsome young man with a fast car and even faster fists, but what really sets him apart is his voice and charisma. One day he’s seen singing, and word quickly spreads of his talent throughout the small town in which he works.

Markle and Warner, believing in his potential, want to promote the talented newcomer to fame and fortune, giving him every break they feel he deserves. At first, Warner, a washed-up country music entertainer, sees Deke’s addition to the act as merely a side act, and that Warner will return to the limelight. He learns the painful truth after Glenda tearfully tells him that the promoters she works with don’t want Warner anymore…and that Deke is their only shot left at the big-time.

A glimpse of the movie Loving You:

In Presley’s first picture, Love Me Tender, he acted in a supporting role as part of a larger story for the only time in his film career. His second film, Loving You, set the precedent for the remaining two films he would make before going into the army: Jailhouse Rock and King Creole. Each film would feature him playing a rising young singing star, and of the effects that fame has on him and the people around him. Following the release of Love Me Tender Presley had complained that he felt uncomfortable playing a character so different to his own personality.

Writer and director Hal Kanter, who was working on a movie version of Mary Agnes Thompson’s short story A Call For Mitch Miller, spent time with Presley in December 1956 to get a better understanding of his individuality as a person and performer.
Using this research he was able to adjust his script to suit Presley’s persona for the lead role.

The film originally had three working titles; Lonesome Cowboy, Something for the Girls, and Running Wild.

The latter was used by Ed Sullivan when Presley made his final appearance on his show.
However, by the time Presley showed up for filming the title had been changed to match the Leiber and Stoller song “Loving You”.

Presley’s parents, Gladys and Vernon, were both present during the filming of the final scene of the film and appeared on screen during the musical number.
Following Gladys’ death a year later, Presley insisted that he would never watch the film again because it would remind him too much of his mother.

Loving You premiered in Memphis on July 10, 1957 at the Strand Theater.Presley did not go to that showing, instead opting to take current girlfriend Anita Wood and his parents to a private midnight screening.The film opened nationally on July 30, 1957 and peaked at #7 on the Variety National Box Office Survey.

Presley reported for work on January 21 1957, and filming completed on March 8.

If I’m seen with someone new,
don’t be blue, don’t be blue.
I’ll be faithful I’ll be true;
always true, true to you.
There is only one for me, and you know who.
You know that I’ll always be loving you. 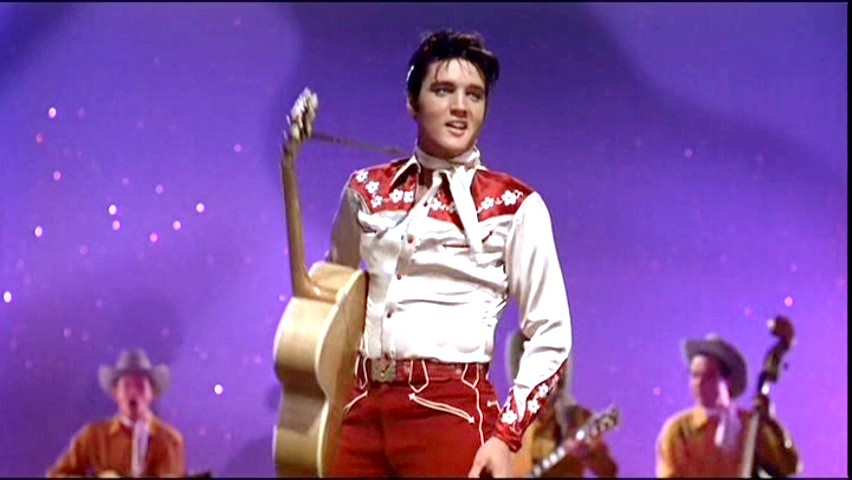 Elvis Presley In the Movie Loving You