“And I just remember, you know, breaking into tears and feeling so empty because, as long as Elvis was in the world, you always knew something was going and he always had something that kept everybody mesmerized.”
Jackie DeShannon

“Elvis deserves a lot of credit for bringing the blues to middle America, not the Vegas stuff. The early stuff, The Sun records, and the first few RCA records. He was wonderful, he had the power, the drive, and he was so dedicated to his music.”
Peter Tork
“I think Elvis loved his fans – I think that’s why they loved him and still love him. Fans are very conscious and sensitive to the fact that performers love them.”
Minnie Pearl
“I think that one of Elvis’ charms was that he could sing almost any kind of music. I am sure that in his heart, which I don’t know what was there, but just from his singing I could feel that he was very partial to gospel music.”
Patti Page

“I think to just single out a highlight of Elvis’s career is pretty much impossible. As far as being a fan of his, a lifetime fan, there were just too many highlights.
I think, describing Elvis for me would be a very generous king. He was the king of rock and roll, will always be. He’s whats made it possible for everyone to be performers and to do the things they do now.”
Jackie DeShannon
“I was nuts about Elvis, like every girl in America”
Brenda Lee
“I was obsessed with Elvis Presley when I was little.”
Gina Gershon

“I’m sure that Elvis was happy for me. I think he was the kind of guy that enjoyed other people’s success, especially if he had something to do with it.”
Mac Davis
“My favorite artists has always been Elvis.”
Johnny Ramone

“My Mom always listened to Elvis.”
Travis Barker
“When Elvis was performing, you just tried to figure out a way to get there. I think he set all the records and anyone that has ever had the good fortune to see him, you know what it’s like to try to get in to see Elvis. It was impossible, practically.”

“When I used to go to Elvis’s house was always a nightmare trying to get into the house because of so many fans outside the gate and he really couldn’t go anywhere without sneaking in or doing something because people just wanted to be around him and to be with him.”
Jackie DeShannon 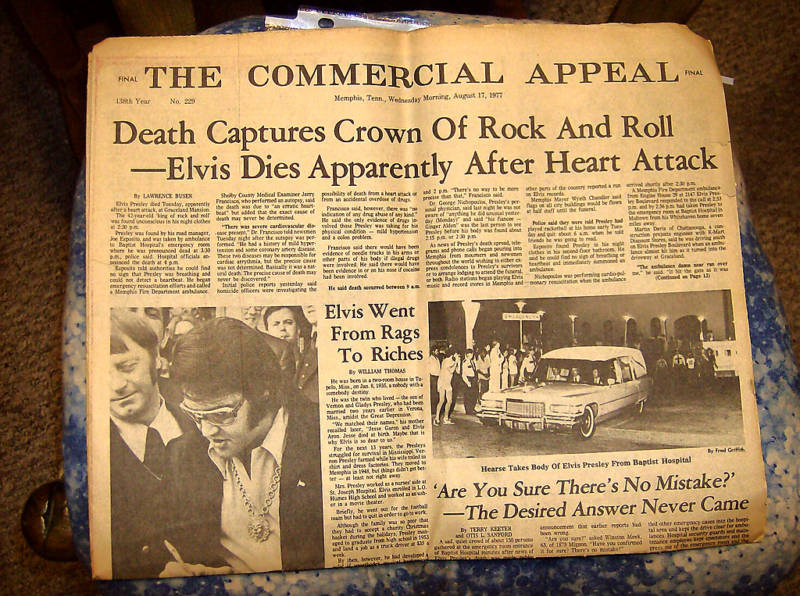 This entry was posted in Elvis - F.Y.I. and tagged elvis presley, Quotes About Elvis. Bookmark the permalink.